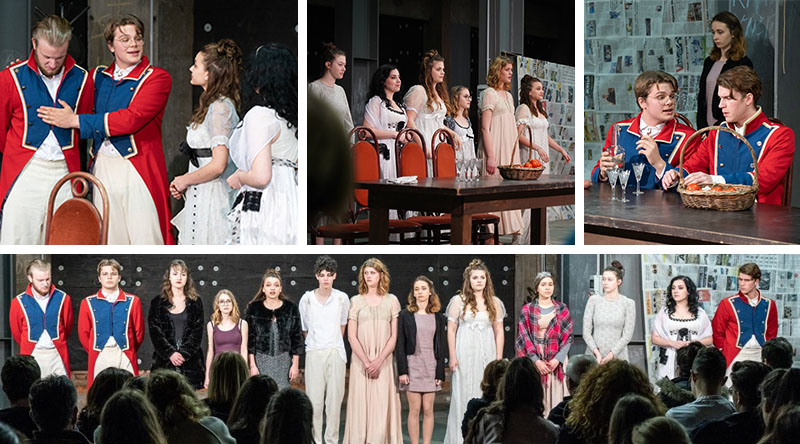 In May 2019 the High School/College group moved from its usual location at Filodrammatica theatre to Export-drvo, a former port warehouse that has been unused for years and that is currently falling apart. Why? So the location could perfectly mirror the theme of one of the most iconic and recognised TRY theatre plays, the Six Sisters.

With Chekhov’s Three Sisters as a rough starting point, this intriguing historical and political play focuses around the fall of communism, the collapse of Yugoslavia and the transition that followed. The family relationship of the six sisters, each of which represent a former federal republic, are an allegory of the different international relations the newly independent states created and choices they made. Each sister weighs new horizons, hopes for a different future and independence, and they ultimately all join a headless race to get as much away from the family as they can. In the end, they each in their own way enter new legal and market relationships that prevent them from reaching the only thing they ever wanted – independence.

Four years after the original staging, the 2018/2019 High School/College group brought new energy to the play, and the 4-night-sold-out audience rewarded the young thespians with standing ovations and plenty of compliments after their performances.