“Spilt”, TRY theatre’s last and most serious play thus far, has served as an emotional graduation for the High School group. The drama is rooted in adolescence’s inevitable sojourner: the fascination with what we are not nor should become. We see ourselves as inferior and inadequate, and it is not often that we sober up from these insecurities in time to prevent them spilling onto the rest of our lives. We stubbornly defend the image of what we are told we should be whilst suppressing what we are in a continuous fortification of this plastic facade. 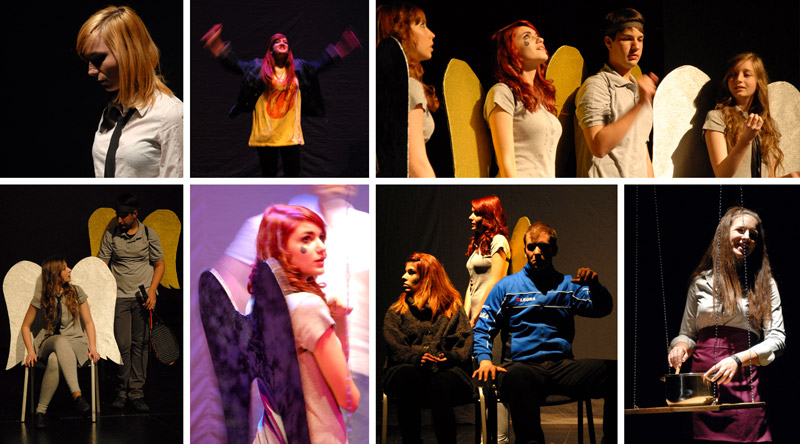 Through the perspective of four highly imperfect angels, “Spilt” examines the lives of young people and their families, as well as interpersonal relationships that set the scene for skewed development. The play opened in June 2013 at HKD theatre, winning both audience’s affections and critical acclaim.